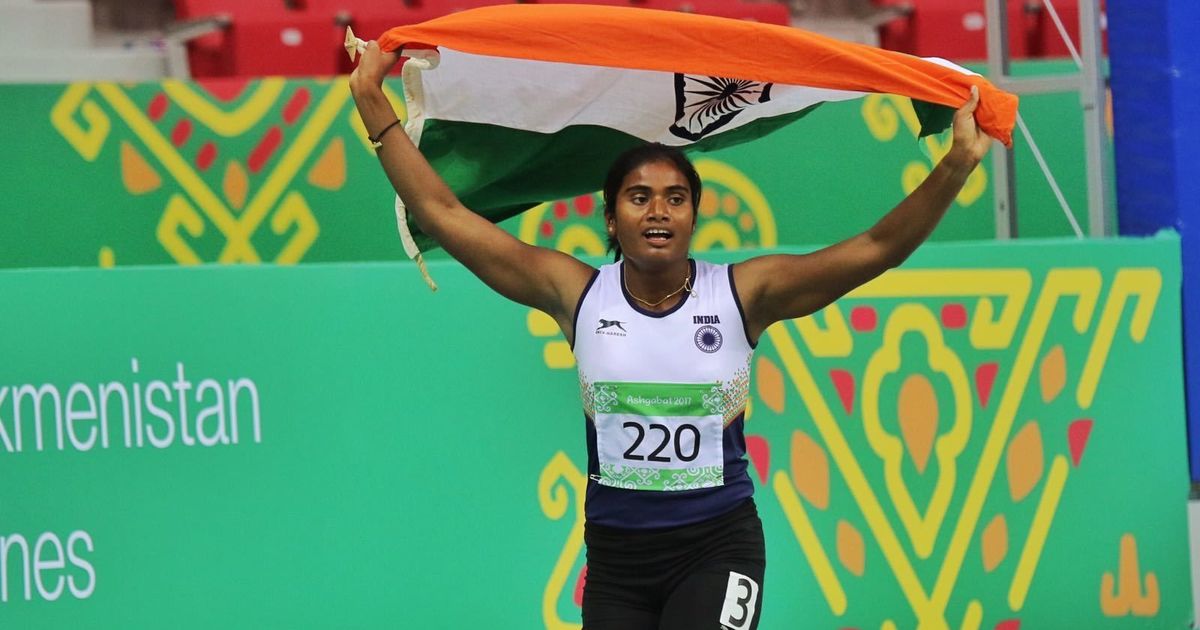 Purnima Hembram has made India proud by winning Gold medal at the pentathlon event of the 5th Asian Indoor and Martial Arts Games in Ashgabat, Turkmenistan.

Thailand’s Wrtaf Wassana Winatho was the runner-up with 3,915 points, followed by fellow countrywoman Sunisa Khotseemueang with 3,903.

India also bagged a bronze medal in the women’s long jump event with Neena Varakil finishing third with a jump of 6.04m.

With the four medals won on the third day of the event, India is now at 11th spot in the medals tally, which is led by hosts Turkmenistan (26 gold, 21 silver, 12 bronze).

India is being represented by 203 athletes in 15 sports disciplines in the Games.