‘La Gravitea’- A tea lounge with a difference 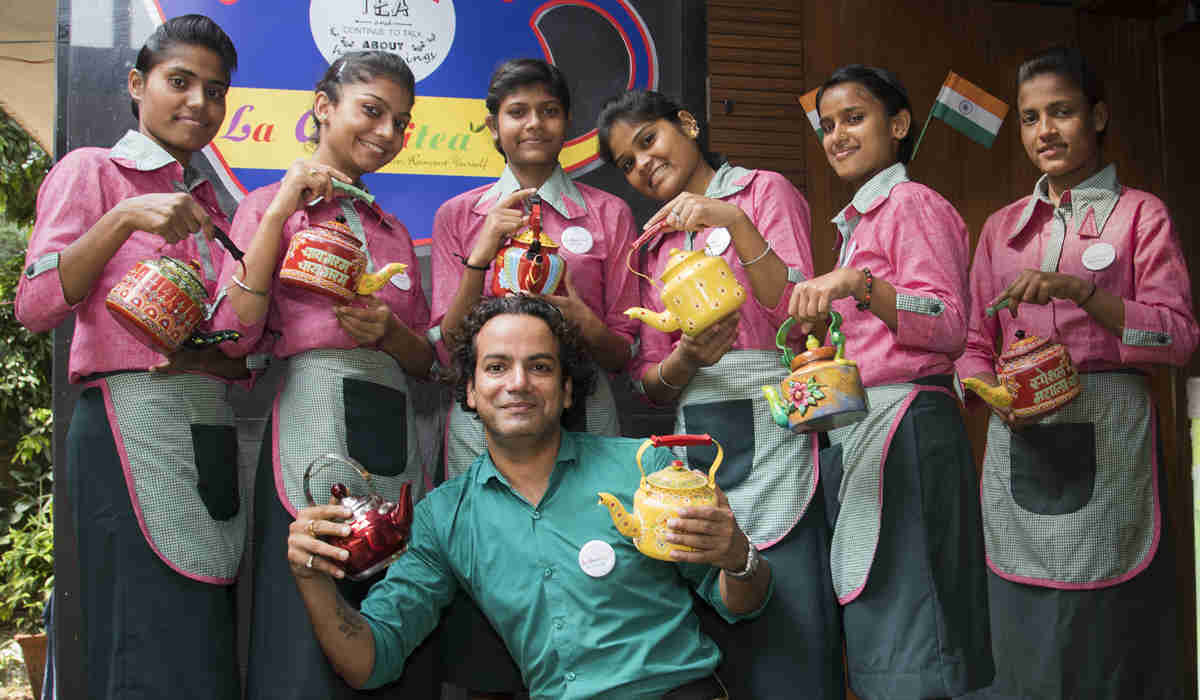 At first glance ‘La Gravitea’ (a tea museum) at Jamshedpur, Jharkhand may look like any other tea lounge with comfortable seating arrangements, cozy atmosphere, aroma of brewing tea greeting the customers and variety of tea on offer. However, like its name, this tea lounge is unique in more ways than one. First of all, the lounge offers almost 120 varieties of tea from around the world. Secondly, all the staff are women and more importantly all of them are differently-abled (hearing impaired).

‘La Gravitea’ which was started as green startup in July 2016 is run and promoted by Avinash Dugar with an aim to empower women and help the differently abled girls to become self reliant.

“The concept of ‘La Gravitea’ is to run the tea lounge more like a training and cultural hub where hearing impaired girls can get training in running a tea joint independently in all aspects and earn a livelihood by operating one in their own locality once they leave the tea lounge here,” says Mr. Dugar.

Motivation for the concept

“The idea to start this initiative came in around 2016 when I used to run a street side kiosk at Jamshedpur. I met a young hearing impaired girl who desired to work and be financially independent. However, despite great deal of efforts, she was unable to find any job. This made me feel the need to start a business for physically disabled women,” says Mr. Dugar. A deeper research revealed some shocking facts: There are approx 6% (7 crores) differently abled people in our country and amongst them almost 20% (approx 1.40 crores) are hearing Impaired and 95% unemployed. “This meant that India arguably has the largest hearing impaired population,” says Mr. Dugar.

At ‘La Gravitea’ the core team is groomed in taking orders, cooking and serving cuisines, housekeeping, buying groceries, making cheques, collecting payments etc so as to instill entrepreneurial skill in them.

“With sign languages and with a smile on their faces, the girls not only take the orders but are also able to tell customers about the new variant of tea or cuisine that they should try,” says Mr. Dugar. 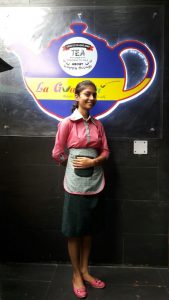 Presently ‘La Gravitea’ has 8 women in the core team. Of these, four have already carved a niche for themselves in different arena. Suggi Murmu, for instance, is an athlete who has won more than 50 medals and had even stood first in 400 metres race. Ruma Kumari is an established Bharatnatyam dancer while Rumpa Paul is a Chess Champion. Gurvir Kaur is an Olympian who had won Gold in Badminton in the Summer Olympics Games held in Los Angeles in 2015. Laxmi Soren is a chef and loves to dole out new dishes.

“All these women are highly talented but lacked financial independence. We have helped them in opening their own bank accounts and now they are not only financially self reliant, they are contributing to a productive workforce in the country. They also feel that they can do anything given an opportunity and are learning new things almost every day,” says Mr. Dugar.

In a short span of around 8 months, ‘La Gravitea’ has become a famous joint in Jamshedpur and is known for its warm hospitality and aromatic tea and mouth watering dishes. Says RJ Abhay, Radio Dhoom 104.8 (Jamshedpur), “At La Gravitea

User rating: 100.00% ( 1
votes )
Donate your books to help the needy From a child labourer to rescuing the likes - Anuradha’s journey of inspiration