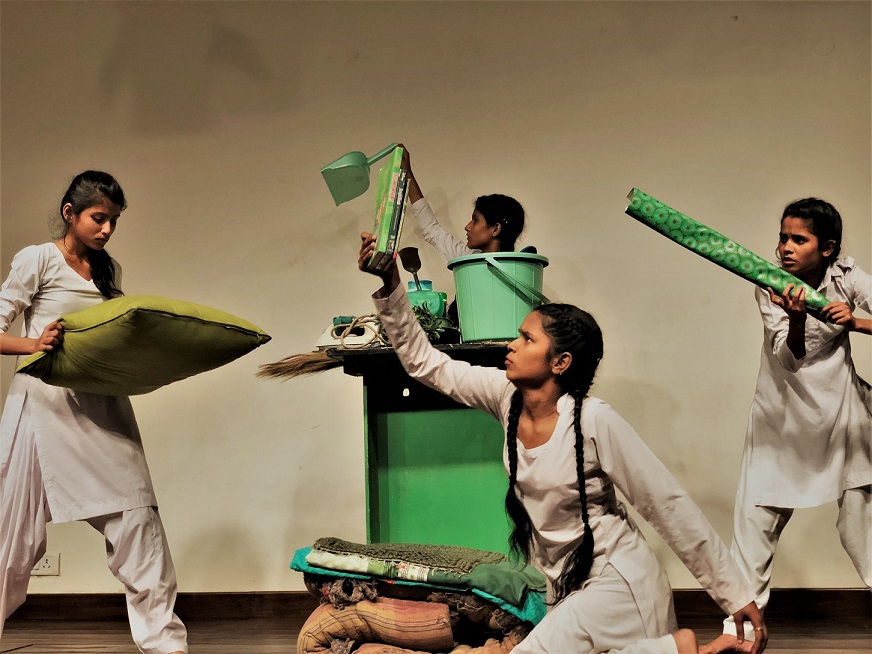 New Delhi: The 14th edition of the Mahindra Excellence in Theatre Awards (META), a week-long national theatre festival and awards ceremony has announced its list of nominations. The 10 selected productions, representing a cross-section of India, spanning diverse and wide-ranging subjects, will be showcased in the national capital from the 6th to the 11th of March, 2019, at New Delhi’s Kamani Auditorium and Shri Ram Centre, for an esteemed panel of jury members and a discerning audience.

The winners will be felicitated at a glittering Red-Carpet Awards Ceremony on March 12th, 2019, which will see leading luminaries from the world of Indian theatre grace the occasion. META recognizes excellence across languages in the country, with awards across 14 categories including set, costume and light design, direction, production and performance.

With the number of entries breaking all previous records, the Selection Committee viewed over 400 plays that were entered for the awards. This year the Committee featured veteran film and stage actor and producer Denzil Smith; META-winning theatre director Jyothish M.G., National award-winning film producer and director Veena Bakshi and Mumbai-based playwright and stage critic Vikram Phukan. 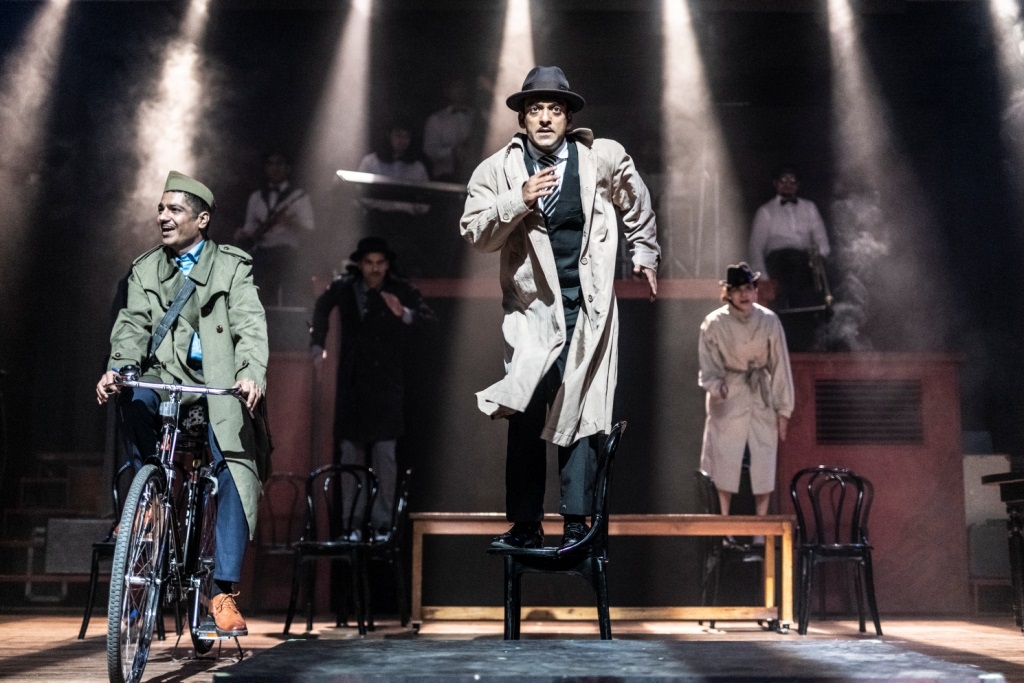 This year’s final 10 nominations feature plays in Gujarati, Malayalam, Tamil, Kannada, along with Hindi and English language scripts showing the sheer diversity of cultural identities and languages represented in Indian theatre. The shortlisted plays, this year, will explore several themes.

Agarbatti (Hindi and Bundeli) is a riveting tale of caste, gender, class, conflict and politics, told against the backdrop of the Behmai massacre at the hands of the infamous Bandit Queen Phoolan Devi and her gang.

Two different adaptations of Andha Yug (in Gujarati from Vadodara and in Hindi from Imphal), a verse play set against the backdrop of the Mahabharata war, have been selected for the finals. Chandala, Impure (Tamil) is an adaptation of Shakespeare’s Romeo & Juliet but set within the constructs of the ruthless Indian caste system.

Chillara Samaram (Malayalam) chronicles a protest of the people against their town corporation authority which wants to replace every small shop with glitzy malls and ban the use of coins. Detective 9-2-11 (Hindi and English) is a whirlwind of romance, murder, deceit and suspense which begins with gunshots heard at the Mumbai Opera House.

Kola (Kannada) is a strongly written family drama set in rural Vidharbha which talks about relationships, aspirations, joys, sorrows and anger. Loose Woman (English) through dance, theatre, music and video depicts the ways in which a woman travels and experiences different ‘spaces’. 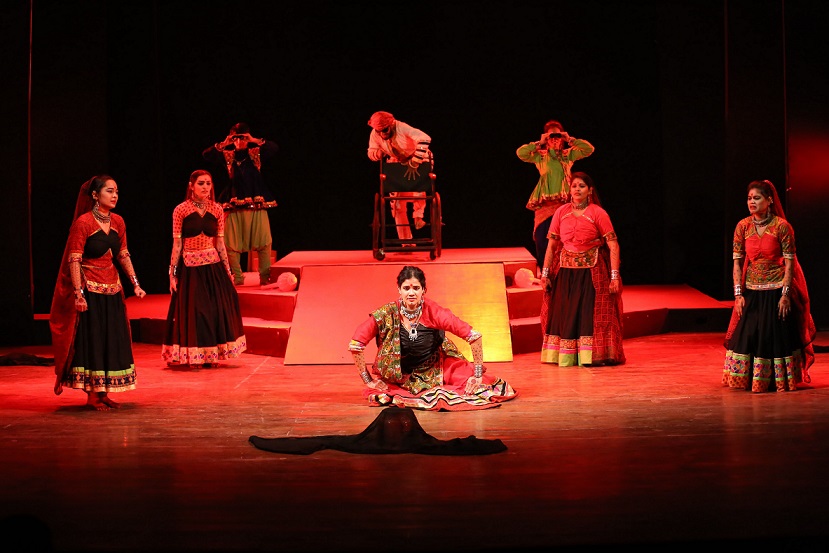 Pulijanmam (Malayalam) is a reinterpretation of a classic text which questions the morals of a society which has long marginalised Dalits. And Bhagi Hui Ladkiyan (Hindustani) is a narrative-led performance which depicts the actors’ dilemmas through interesting visual aspects, and even asks the audience to participate.

Talking about the entries this year, Denzil Smith said, “This year, there was a healthy balance of traditional and contemporary theatre, a lot of creative stuff came from the north-east and southern region. Now-a-days you can’t put labels to what is mainstream or what is regional theatre, there is no such thing anymore. The lines have all blurred now. Theatre in the country is evolving and while there is enough material inspired by the classics, there are also original scripts, lots of devised techniques and treatment, and the folk idiom is very prominent. The diversity within the country enriches its stagecraft fully and completely.”

Commenting on the festival, Jay Shah, Head, Cultural Outreach of Mahindra & Mahindra Ltd. said, “We are delighted to see such a diversity of towns and languages represented in the final nomination of plays for the 14th META. This further strengthens our resolve to stay committed to celebrating and rewarding excellence in the dramatic arts through the length and breadth of our nation.”

Talking about the selected entries, Sanjoy K. Roy, MD, Teamwork Arts, & Festival Producer, said, “It is great to see the diversity and vibrancy that is reflected in Indian Theatre. META is not just a festival but a platform to showcase the best of Indian theatre, highlighting the incredible energy and passion that theatre persons bring to the stage against all odds.”

The Company Theatre (Detective 9-2-11) mark their fourth year of nomination and have had stellar plays featuring in the awards including Piya Behrupiya which won the META for Best Play and Best Ensemble in 2014, Hamlet – The Clown Prince which won the Best Play along with 4 other category awards in 2009, and Numbers in the Dark which won Best Stage Design and Best Choreography in 2007. Veteran Director at The Company Theatre, Atul Kumar himself has been nominated in the Best Director category for the 3rd time.

Indianostrum Theatre (Chandala, Impure) with Director Koumarane Valavane return for another year of nominations after their debut at the 2018 META with Karuppu which was nominated for Best Director and Best Light Design.

India has always had a love for theatre and stories, and with media and technological developments breaking into stagecraft, there is a potential resurgence in popularity for this timeless art form. “In the last decade or so, social media has allowed the lay audience to become aware of theatre and it’s a great thing for theatre practitioners who are looking to create original content. There’s a lot of experimentation with technology, as well as treatment, that will surely bubble to the surface sooner, if not later. What’s exciting about the entries and definitely about the nominated plays is that many of them are collective projects, collaborations, a lot of strong ensemble plays, where it’s evident that several creative energies have come together and it’s not a product or a vision of one single person”, said Selection Committee Member Vikram Phukan.