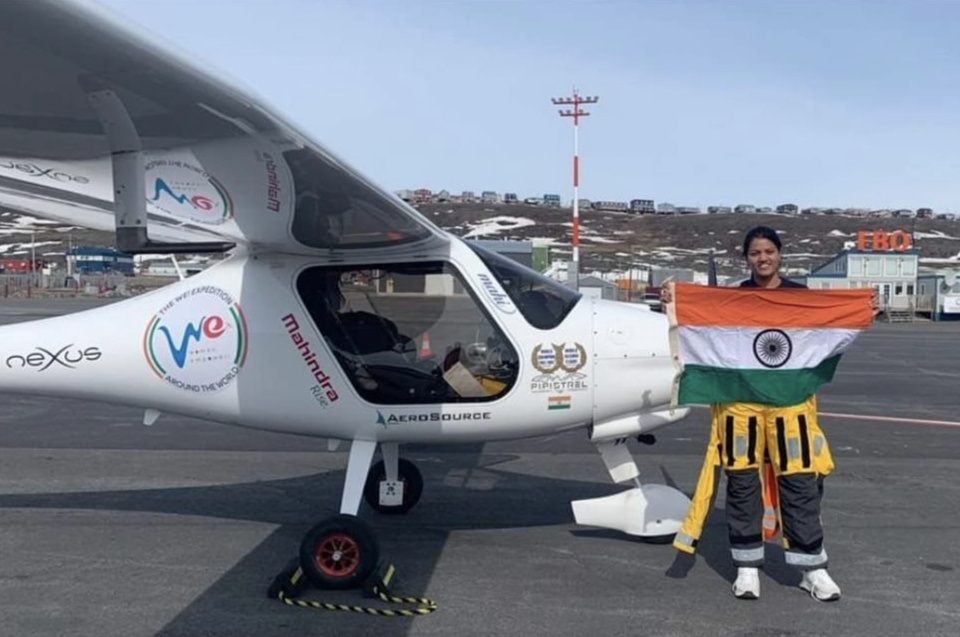 By: Varda Sharma
23-year-old Aarohi Pandit from Mumbai, India, made history when she landed in Iqaluit Airport (ICAO: CYFB) at 18.29 UTC (23.59 IST) on May 13, 2019 to become the world’s first woman pilot to cross the Atlantic Ocean solo in a Light Sport Aircraft. She flew from Wick in Scotland (UK) to Iqaluit in Canada, (North America) in five legs, stopping at Iceland and Greenland. Along the way, she also became the world’s first woman pilot to successfully complete a solo flight across the treacherous Greenland ice cap in a Light Sport Aircraft (LSA).
An Indian CPL and LSA License holder, Aarohi is flying around the world for the WE! Women Empower Expedition- the world’s first all-woman team circumnavigation of the planet in a LSA. The aircraft VT NBF, called Mahi, is a tiny single engine Sinus 912 plane weighing less than a Bullet bike, manufactured by Pipistrel Slovenia and is the first LSA registered by India’s DGCA. 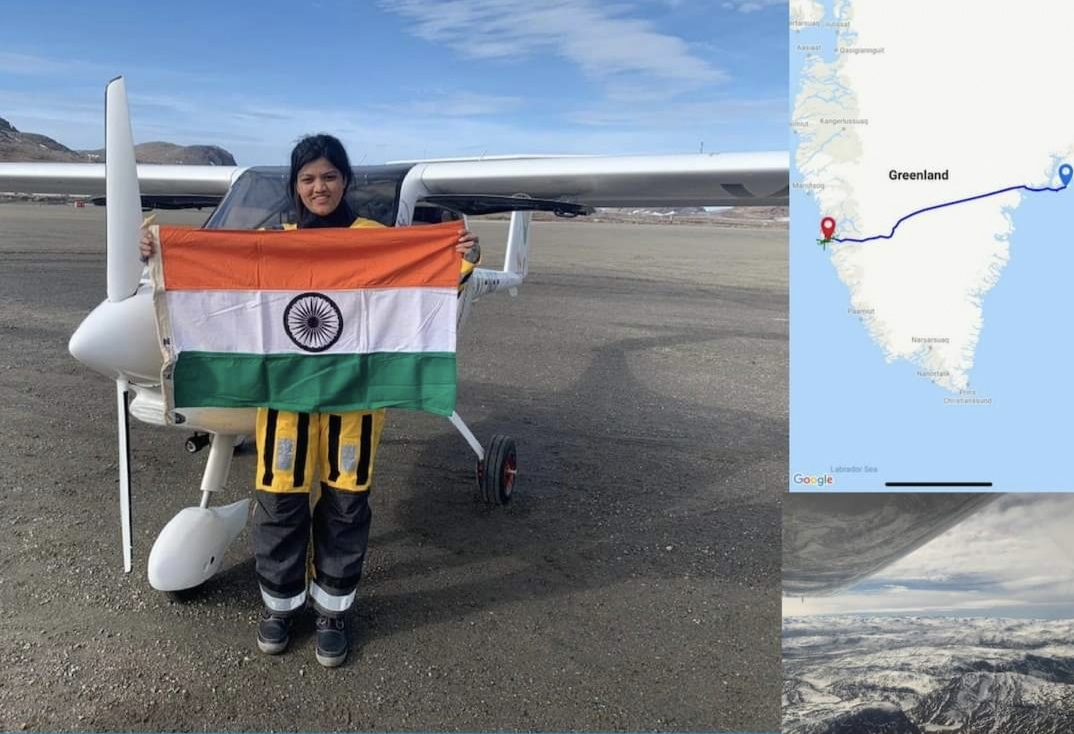 Aarohi set course for the Expedition with her fellow pilot and best friend Keithair Misquitta on July 30 last year. They flew Mahi across Punjab, Rajasthan, Gujarat in India and then to Pakistan, Iran, Turkey, Serbia, Slovenia, Germany, France and UK, carrying the message of Beti Bachao Beti Padhao (Save Girls and Educate Girls). Since the tiny cockpit is equipped with a life raft, oxygen system and other safety equipment for the Atlantic Crossing and beyond, Aarohi is now flying solo. “I’m so honoured and grateful that I could do this for my country and for women everywhere. Flying over the Atlantic Ocean is a humbling experience. It’s just you and your little plane, with the light blue sky above and the dark blue sea or shining white ice below. Certain parts were bumpy but the beauty of the ocean and the islands is breath taking. I would do it all over again in a heartbeat!” says Capt. Aarohi who is an ardent fan of the legendary Amelia Earhart, the world’s first woman to do a transatlantic flight in an aeroplane. 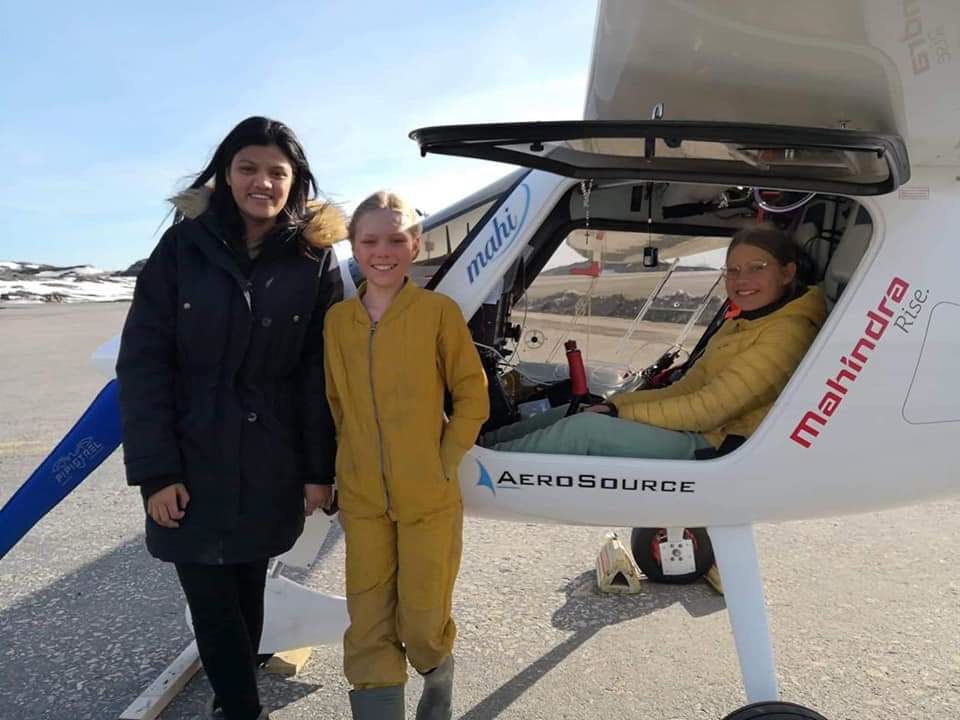 Preparing for the expedition, and specifically for the solo flights over the Atlantic Ocean, hasn’t been easy. It included a rigorous seven-month regimen of extreme weather, oceanic and high-altitude flying along with various physical and mental exercises aimed at helping her take on the hardest terrain and weather conditions while all alone in the cockpit. The WE! Expedition will continue westward to fly back home to India via Canada and Russia. But before that, there are many more longitudes to cross and records to make.