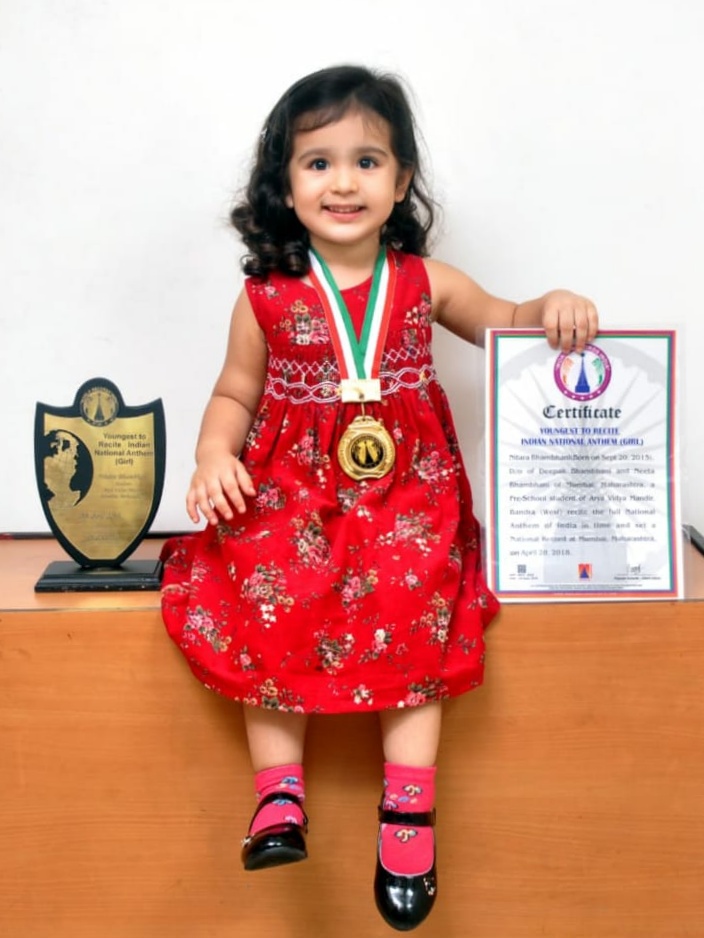 Her achievement is as magical and beautiful as the little, chirpy doll that she is. Nitara Bhambhani who would turn three on 20th September, 2018 has already set a National Record. On April 28, 2018, World Records India declared her as the youngest child (Girl) to recite Indian National Anthem in time (52 seconds).

Recalling Nitara’s love for singing, her mother Neeta Bhambhani says that she was exposed to music in the womb itself. “I used to listen to classical music, devotional songs etc. during pregnancy.” Nitara shows a natural inclination towards both music and dance. She loves to play with musical toys like Xylophone, toy piano and musical books and at times even tries to play piano with her father. 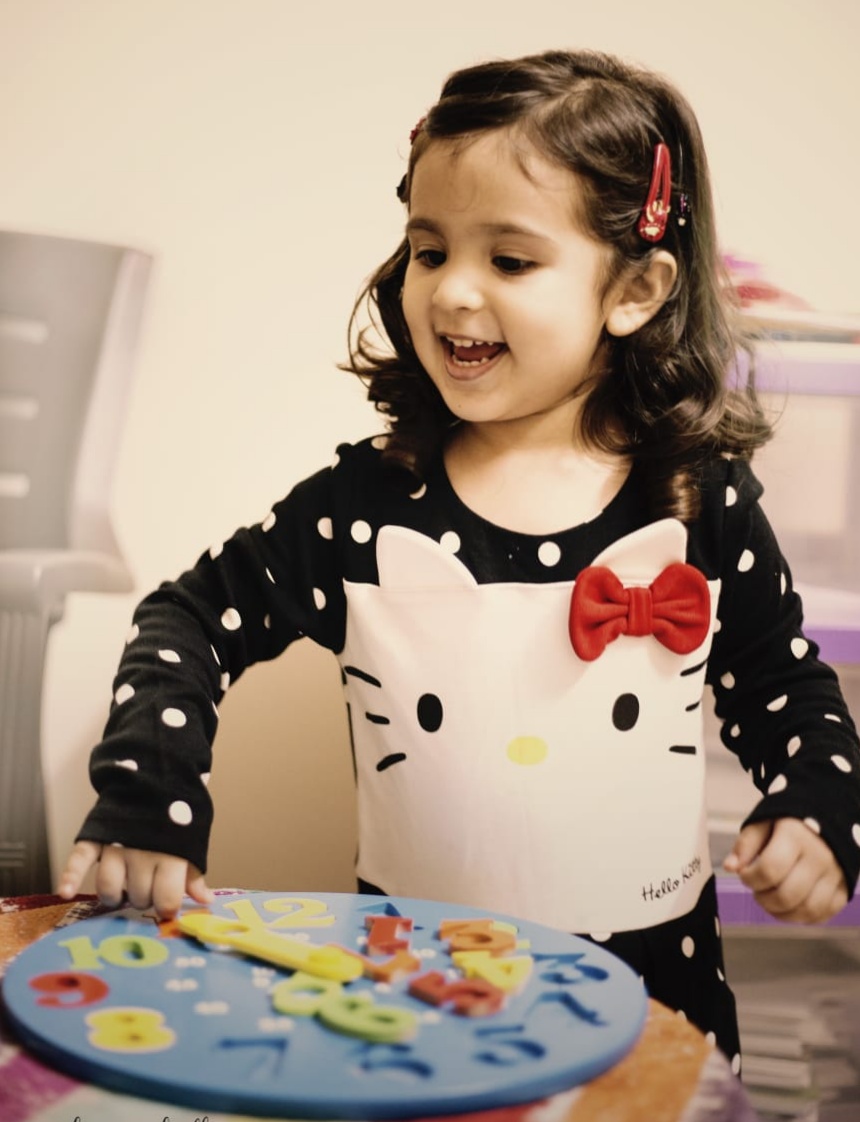 When she was just 15 months old, Nitara went to a playschool- Klay- and could recite rhymes in English, Hindi and Marathi. She learnt songs and rhymes from her maternal and paternal grandparents too with whom she spends lot of time. She now goes to Arya Vidya Mandir, Bandra.

The realisation that Nitara could easily memorise and hum a song dawned upon the parents when they were returning back from a movie outing. The parents were stunned when they heard Nitara singing few lines of the National Anthem, which she had just heard for few minutes in the theatre. “We realised that she had a natural flair for it,” says Neeta. With the help of ‘Right Brain’ activities like flash cards, memory games, speed listening etc., the parents started training Nitara in learning the National Anthem line by line and by the time she was 2 years and 4 months old, Nitara could sing it quite well. “It was fun to watch her pick up the lyrics so quickly and recite them so clearly,” recalls Neeta. “We seem to have seen every version of our Anthem that is available on You tube as Nitara would ask us to play videos whenever we returned back home from work,” she says with a smile. 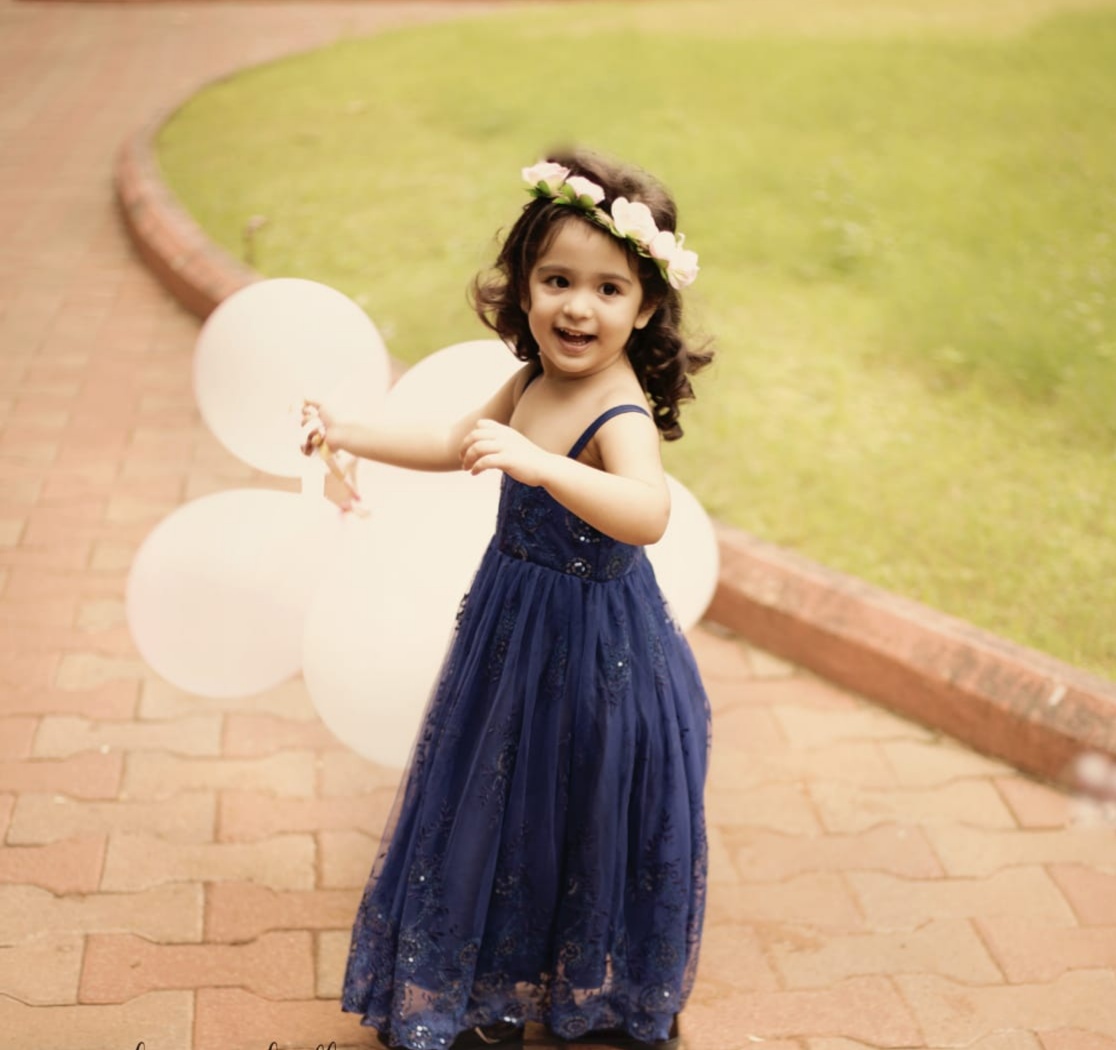 While Nitara had memorised the Anthem and could sing it clearly, there were still two hurdles-first she was still not prepared to face the camera and secondly, she had to learn to sing it in approximately 52 seconds.

On 28th April, Nitara herself asked her parents to record her singing and she recited the National Anthem in 52 seconds to set the National Record.